Sergeant Chris Olsen began his law enforcement career as a reserve police officer for the Palm Springs Police Department in 1993. In 1995, he graduated from the San Bernardino Sheriff’s Academy and joined the Riverside County Sheriff’s Department in 1996. He was assigned to patrol the cities of La Quinta, Coachella, and the surrounding unincorporated communities. 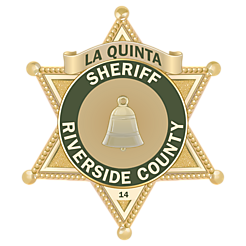